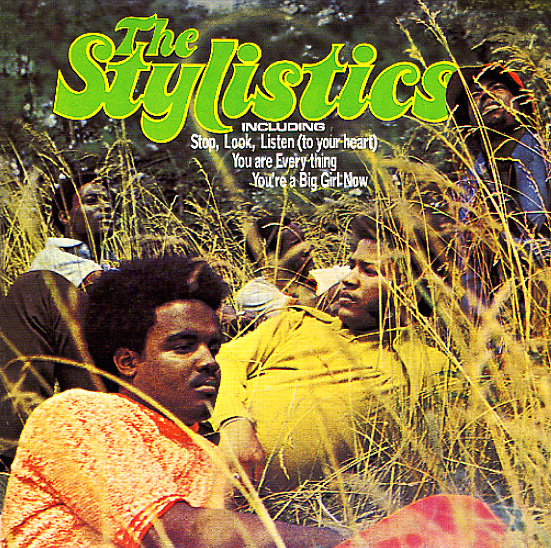 A masterpiece of harmony soul – one of THE all-time greats of the genre, and a lasting treasure from The Stylistics! The album really took vocal soul to a whole new level for the 70s – pushing from the sometimes fragile ballad style of the late 60s into a smoother, more mature sound that was impeccably produced, yet still had all the depth of feeling as before! Maestro Thom Bell is the man to thank for the greatness of this album – as his production and musical vision really helped The Stylistics hit levels that few other groups like this were reaching at the time. Titles include their seminal long version of "People Make the World Go Round" – which, at 6 minutes in length, was really unusual for the time. Other titles include "Stop Look & Listen", "Betcha By Golly Wow", "You're A Big Girl Now", "If I Love You", "Ebony Eyes", and "You Are Everything".  © 1996-2023, Dusty Groove, Inc.

Hurry Up This Way Again
TSOP, 1980. Very Good+
LP...$9.99
A huge change from the early sound of The Stylistics – as the group have moved to Philly International, and are really shining in the light of the Gamble & Huff galaxy! The album's got a lot more grooves than before, but still offers up plenty of space for the trademark mellow ballads ... LP, Vinyl record album