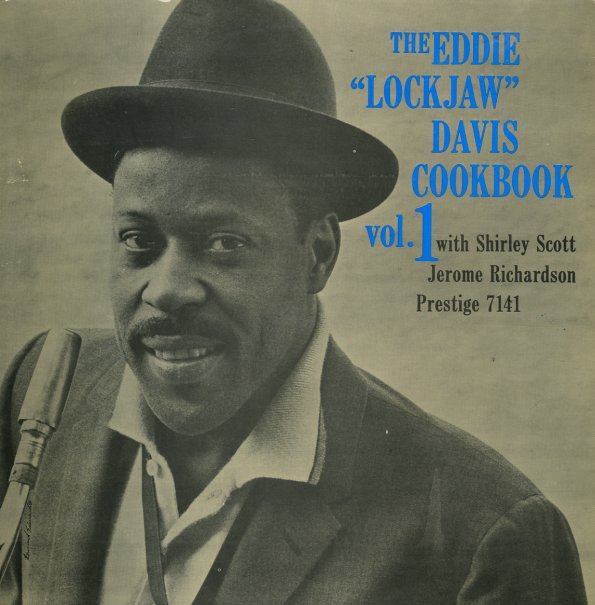 A record that's virtually the blueprint for the sound of Hammond organ and tenor sax in soul jazz– the first of Eddie Lockjaw Davis' great run of cookbook albums for Prestige! The record features Lockjaw's gutsy tenor in a group alongside Jerome Richardson's lighter flute – both dancing wonderfully together over organ lines from a young Shirley Scott – playing here with a style that's a bit earthier and more bluesy than some of her later work. Rhythm is by George Duviver on bass and Arthur Edgehill on drums – and tracks include the classic 12 minute jammer "In The Kitchen", plus shorter tracks "Three Deuces", "The Chef", and "Have Horn, Will Blow".  © 1996-2021, Dusty Groove, Inc.
(Early 90s OJC pressing. Cover has lightly bent corners.)