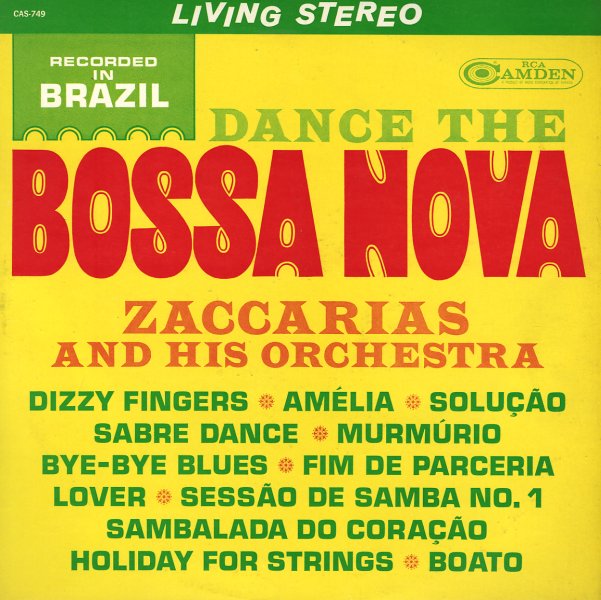 Tight orchestral material from Zaccarias, and featuring a set of bossa and samba groovers played by a heavy ensemble reed section. The multiple reed approach works well, and gives the tracks a good punch that while not sounding exactly like classic bossa, does make them groove in a swinging way. Titles include "Fim De Parceria", "Solucao", "Amelia", "Dizzy Fingers", "Boato", and "Sambalada Do Coracao".  © 1996-2023, Dusty Groove, Inc.
(Mono pressing. Cover has some ringwear, light aging, a tiny name in pen at the top, and a kiss mark with lipstick in back.)

Lucio Alves (1975)
RCA (Brazil), 1975. Very Good+
LP...$4.99
(Cover has some ring and edge wear, lightly bent corners, a sticker spot at the top right corner, and a mark from sticker removal at the bottom right corner. Label has a bit of pen.) LP, Vinyl record album

Chorinho, Cuica, E Tamborim
RCA (Brazil), 1977. Near Mint-
LP...$19.99
A nice old school session – one in which Netinho shows off his reed skills on tenor, soprano, alto, and clarinet – amidst some well-done backings that are heavy on percussion, cuica, tamborim, and cavaquinho! Two tracks have vocals from Daniel Santos – but the set is mostly ... LP, Vinyl record album