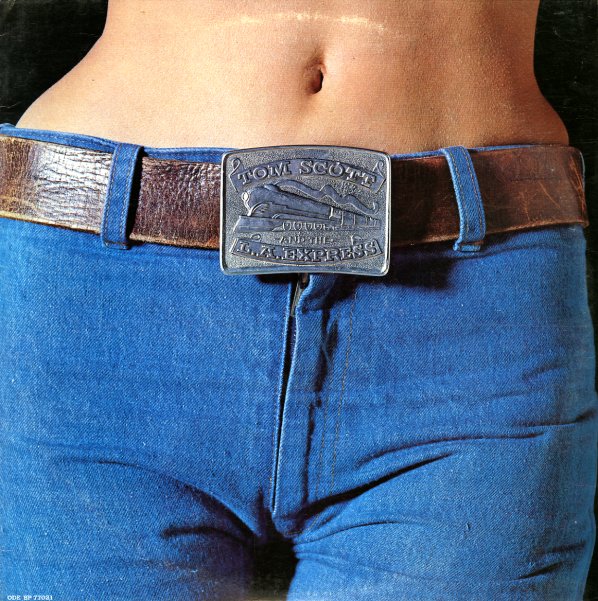 A real breakout moment for reedman Tom Scott – the first truly big album for the saxophonist who'd been blowing some great records on his own, and lending his horn to a host of classic jazz and soul sessions too! The groove is a lot sharper and tighter than earlier Scott albums, but never too slick – and definitely has that great ear for a funky undercurrent that seems to bring out the most soulful notes in Tom's horns – underscored here by wicked rhythms from the LA Express combo that features Joe Sample on keyboards, Larry Carlton on guitar, Max Bennett on bass, and John Guerin on drums. Titles include the sublime break track "Sneaking In the Back" – plus "Dahomey Dance", "King Cobra", "Easy Life", "Spindrift", "Vertigo", "LA Expression", and "Strut Your Stuff".  © 1996-2021, Dusty Groove, Inc.
(Original pressing in the embossed cover, with a bit of wear.)

Anna Livia Plurabelle
Philips, Late 60s. Near Mint- Gatefold
LP...$14.99
A totally cool session of avant Parisian jazz – assembled by the great Andre Hodeir, whose Jazz Et Jazz is one of the best modernist jazz efforts from postwar France. The work attempts to set music to the writings of James Joyce – and it features the voices of Nicole Croisille and ... LP, Vinyl record album