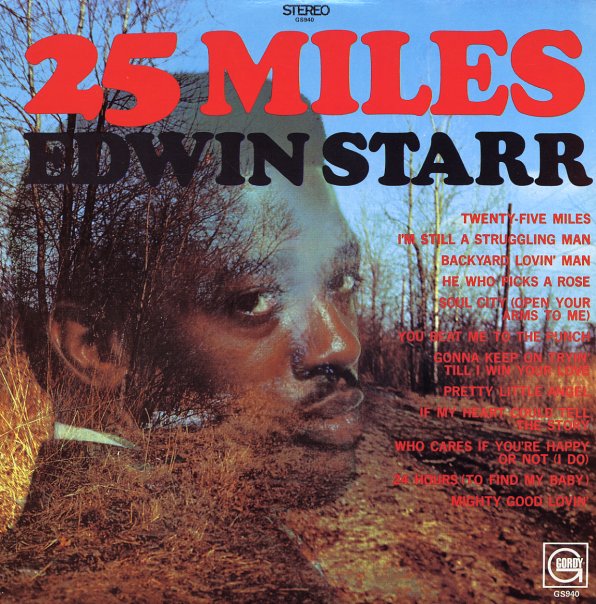 Socking soul, and a key album in the career of Detroit powerhouse Edwin Starr – one that had him stepping forth with a proud, loud groove all the way through! Starr's work was always a bit harder than the regular Motown bag – no doubts because of his more indie soul roots – and on this set, Edwin comes clean with a punched-up style that's heard to famous effect on the anthemic title hit "25 Miles", and which is nicely followed up by a great batch of tracks that includes "Gonna Keep on Tryin", "You Beat Me To The Punch", "Soul City", "Strugglin' Man", "Mighty Good Lovin", and "Backyard Lovin Man".  © 1996-2022, Dusty Groove, Inc.
(Purple label pressing with deep groove – a nice copy! Cover has a small cutout mark.)