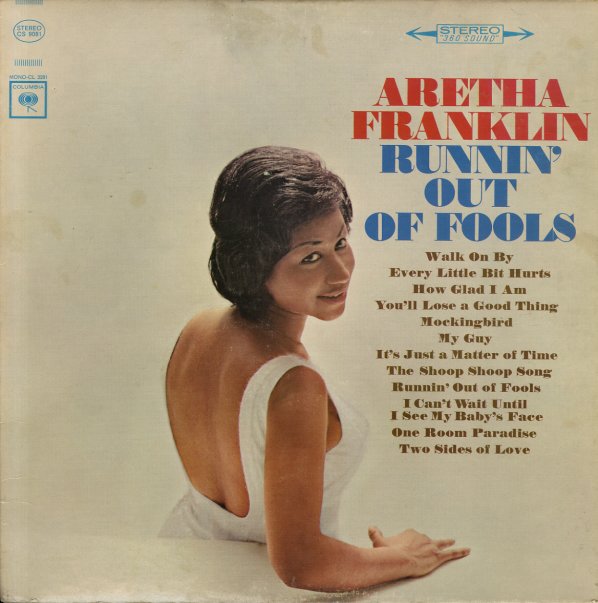 The birth of Aretha Franklin's soulful sound – a real change from the jazzier sound of her first two albums for Columbia, and a set that really shows some great sides of her talents! Arrangements are by Belford Hendricks, who creates an uptown-styled sort of sound – one that has fuller strings and a bit of backing vocals, but also a nice little groove at the bottom – territory that's somewhere between the country soul of the early 60s, and some of the tighter New York soul that was on the rise. Aretha's vocals are great – heartbreaking one minute, proud and righteous the next – and the album's proof that she was always a wonderful singer, no matter what the setting. Titles include "Mockingbird", "Walk On By", "How Glad I Am", "I Can't Wait Until I See My Baby's Face", "Runnin' Out Of Fools", and "One Room Paradise".  © 1996-2021, Dusty Groove, Inc.
(360 Sound stereo pressing with black text.)