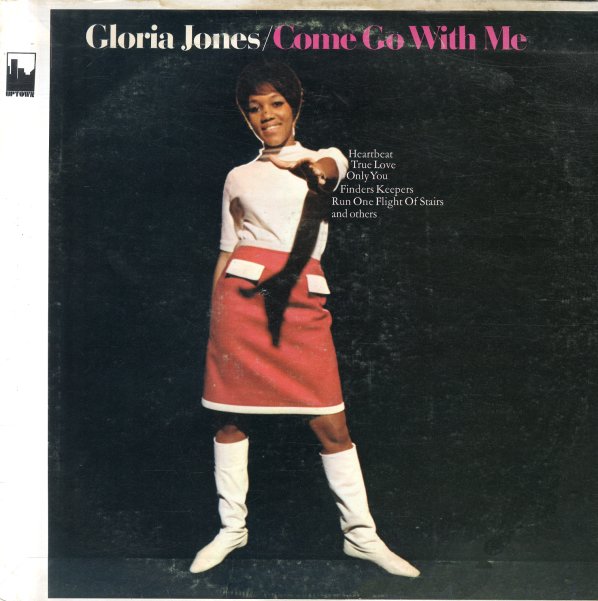 Come Go With Me

Very nice lost Uptown soul album, with nice arrangements by Lincoln Mayorga, and some very raw vocals from Gloria. We like this one much better than her later work, and it's got a good soulful groove, mixed with some sensitive vocal interpretation. Titles include "Come Go With Me", a real killer, plus "Yes, I Really Love You", "Only You", "Run One Flight Of Stairs", and the 2 part "Heartbeat".  © 1996-2022, Dusty Groove, Inc.
(Original mono pressing. Cover has light wear, and a small split in one corner.)

Reunited
AVI, 1982. Near Mint-
LP...$14.99
A pretty odd little record from Gloria Jones – a great soul singer back in the 60s when she was pounding out the hard northern numbers, but not so great here, where she's in an odd style that mixes disco with a hard soul approach, and just doesn't work. The "Reunited" in the title ... LP, Vinyl record album