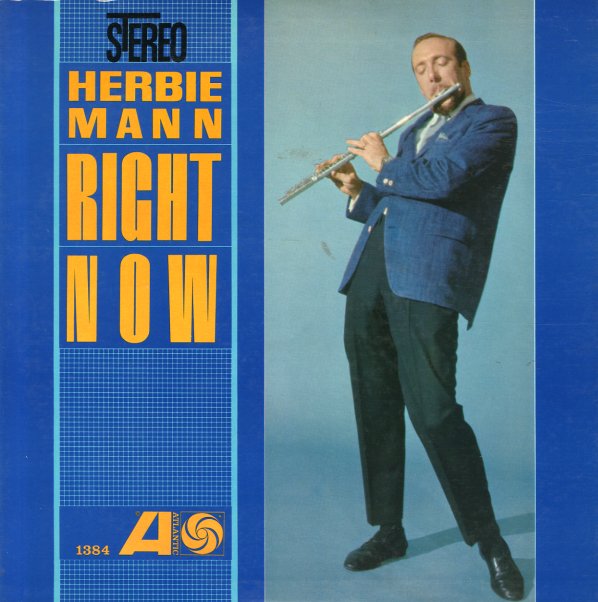 Another great groover from Herbie's Latin days! The band has a very unusual modal sound, with Herbie's flute next to vibes by Hagood Hardy, guitar by Billy Bean, and percussion by Willie Bobo & Patato Valdes. Includes a nice version of "O Barquino", plus the cuts "Cool Heat", "Free For All", "Meditation", and "Challil".  © 1996-2023, Dusty Groove, Inc.

Herbie Mann Plays The Roar Of The Greasepaint, The Smell Of The Crowd
Atlantic, 1965. Very Good
LP...$4.99
A surprisingly great album from Herbie Mann – especially considering that it's based around a Broadway score! The set goes way beyond the source of the tunes, though – and Herbie's combo makes some great groovy magic out of the music – often with some sweet Latin touches, as you'd ... LP, Vinyl record album

Herbie Mann At The Village Gate
Atlantic, 1962. Near Mint-
LP...$11.99
Herbie Mann's at the Village Gate – really wailing away in a set of extended numbers that not only set a whole new standard for live recording in jazz, but which also pushed forward the role of the flute in the music as well! There's a heck of a lot of soul in the grooves here – served ... LP, Vinyl record album