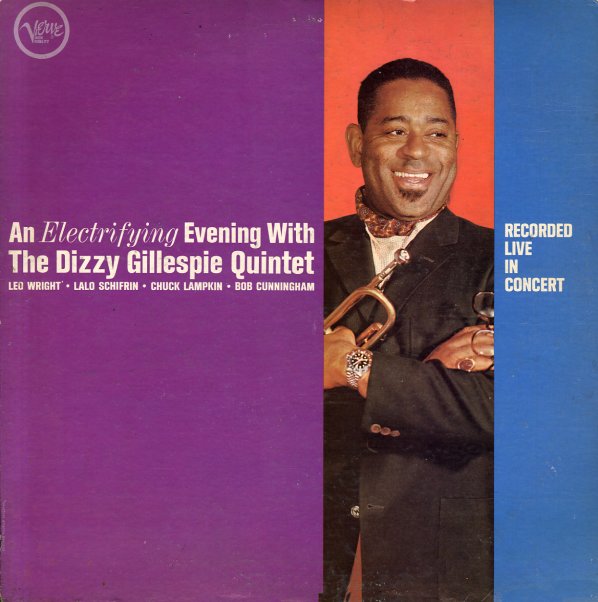 While actually not as electrifying as some of Dizzy's other albums from the time, this one's still pretty darn great, and features his great group with Leo Wright on alto and Lalo Schfrin on piano. The band grooves with a subtly Latinish vibe, and the tracks are nice and long long long. Titles include "Kush", one of Dizzy's best Latin numbers, plus "The Mooch" and "Night In Tunisia".  © 1996-2021, Dusty Groove, Inc.
(Early 80s Japanese pressing, UMV 2605, with obi and insert.)

Gillespiana
Verve, 1960. Very Good+
LP...$16.99
A great burner from Diz – and one that features a large group, long tracks, and some stellar early work from Lalo Schifrin! Schifrin was in Diz's group at the time, playing piano and contributing fantastic Latin-tinged arrangements that gave the band a whole new life. Other players on this ... LP, Vinyl record album