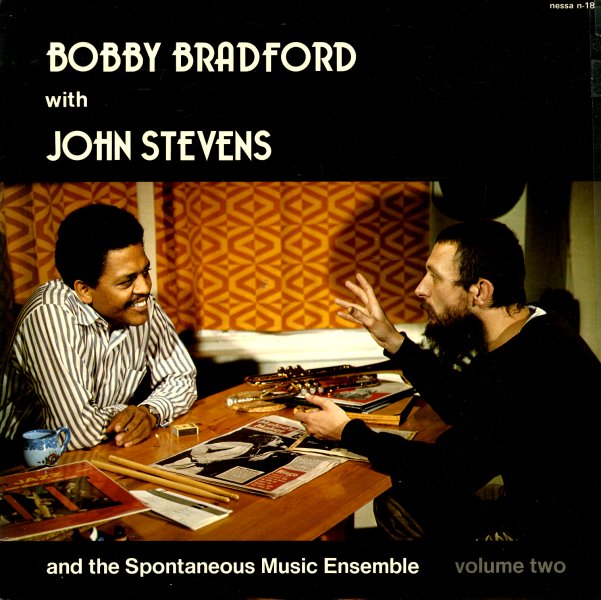 An unlikely, but amazing meeting of the avant jazz minds – a classic set that has LA trumpeter Bobby Bradford coming into play with the UK Spontaneous Music Ensemble, led by drummer John Stevens! The material was recorded, almost spontaneously, on a holiday trip Bradford made to London in 1971 – but the record's become an enduring classic, thanks to the creative energy of the players involved, and the dynamic quality of the improvisations in the studio! Bradford's trumpet sounds quite different here than in his better-known work of the time with reedman John Carter – much more outside and forceful, really set loose in the company of Stevens' group – which, in this incarnation, includes Trevor Watts on alto and soprano sax, Bob Norden on trombone, Ron Herman on bass, and Julie Tippetts on guitar and a bit of voice. Titles include "Fragment" and "Rhythm Piece".  © 1996-2021, Dusty Groove, Inc.