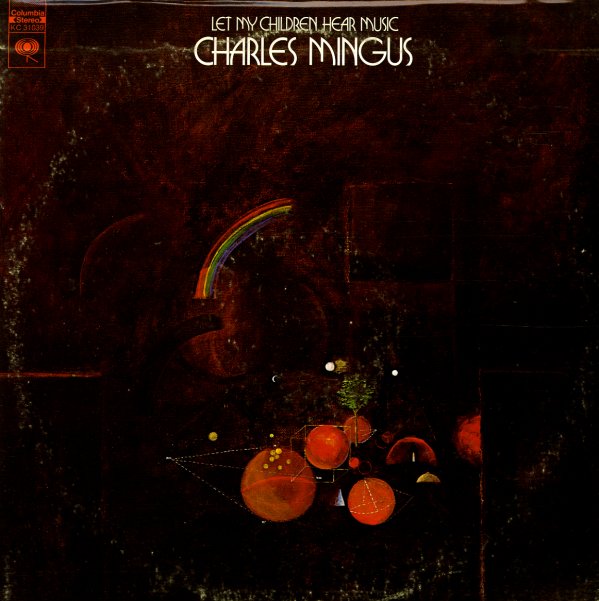 One of the last great records by Charles Mingus – a set of extremely compelling original compositions, played by a fresh group of younger players, plus a few older masters! The record's got a fire and sense of emotion that's missing from a number of other 70s Mingus sessions – and it's one of the few later albums we'd easily rank right up there with his late 50s and early 60s classics! Orchestrations were partially arranged and conducdted with help from Sy Johnson – and soloists include James Moody and Bobby Jones on tenor, Charles McPherson on alto, Snookie Young and Lonnie Hillyer on trumpet, and Roland Hanna on piano. Titles include "The Shoes Of The Fisherman's Wife Are Some Jive Ass Slippers", "Adagio Ma Non Troppo", "The Chill of Death", and "The I Of Hurricane Sue".  © 1996-2021, Dusty Groove, Inc.
(Original pressing. Cover has surface wear, edge wear, and a fully split spine and bottom seam.)

Passions Of A Man – Anthology Of His Atlantic Recordings
Atlantic, Late 50s/1960s/1970s. Very Good+ 3LP Gatefold
LP...$24.99
Comprehensive 3 LP set that covers the full range of Mingus' great recordings for Atlantic, including stuff from many hard to find albums that you won't find easily on LP. The track list is virtually a catalog of his greatest recordings, with 18 tracks in all: "Pithecanthropus Erectus", ... LP, Vinyl record album

Tale Spinnin'
Columbia, 1975. Very Good+
LP...$19.99
A beautiful title for a beautiful little record – one that really does have Weather Report spinning out musical tales in sound – with a free-flowing and soulful sense of energy! The groove's definitely tighter than the earlier years, but it's never slick – and Joe Zawinul handled ... LP, Vinyl record album

Compadres – Recorded Live In Mexico
Columbia, 1968. Near Mint-
LP...$9.99
This was recorded during a Mexican tour in 1968 and features Brubeck on piano, Gerry Mulligan on baritone sax, Alan Dawson on drums and Jack Six playing bass. The record is mainly composed of Brubeck and Mulligan originals such as "Jumping Bean", "Indian Song", "Tender ... LP, Vinyl record album