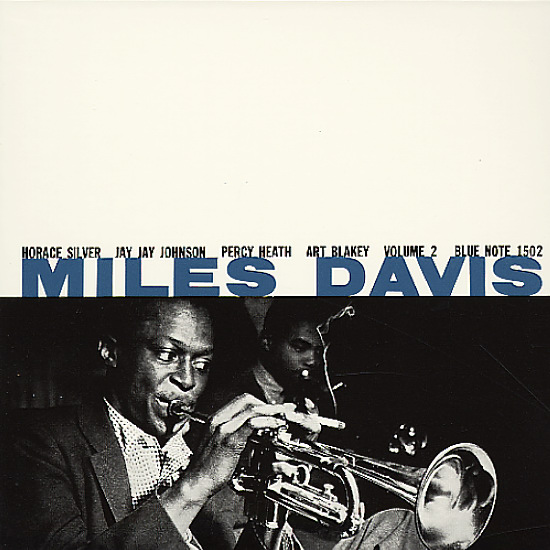 Volume 2 of a pair of LPs that brought together Miles Davis' early recordings for Blue Note – some excellent sessions recorded in 1952, 1953, and 1954, featuring Miles' young trumpet blowing in a wonderful mix of cool, bop, lyrical, and modern jazz. The style's a bit rougher than later years, but in a good way – one that shows that Miles' ideas were not accidents, or studio magic, but the brilliant expressions of a musician who was years ahead of his time. Titles include "Weirdo", "Take Off", "Ray's Idea", "Tempus Fugit (alt)", "The Leap", and "Wouldn'You".  © 1996-2020, Dusty Groove, Inc.
(70 black b label pressing. Cover has a cut corner and light wear.)

Jazz At The Plaza Vol 1
Columbia, 1958. Near Mint-
LP...$19.99
A great lost live set – recorded in 1958 during that pivotal time when Miles was working with Coltrane, Cannonball Adderley, Bill Evans, Paul Chambers, and Philly Joe Jones. The whole thing's a great example of how the group could hold up the perfection of Kind Of Blue in a live setting ... LP, Vinyl record album