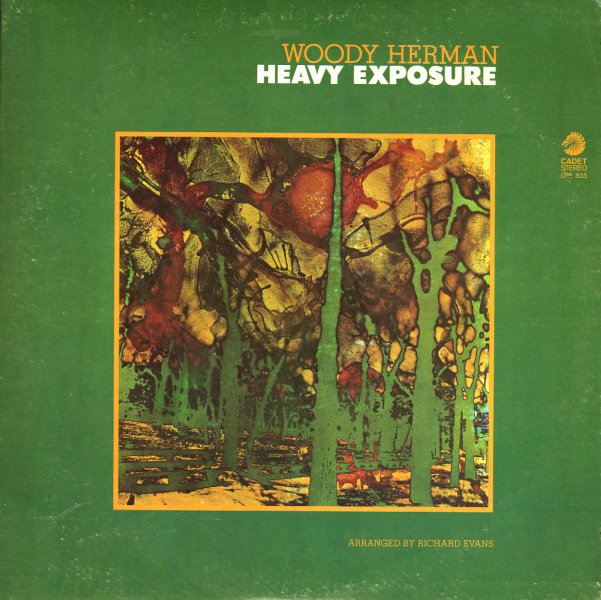 Excellent stuff – a record that we love it to death, and listen to all the time! Woody Herman's band meets the soulful arrangements of Richard Evans, and the whole thing cooks nicely in the Chess studios in Chicago. The result is a tasty blend of soulful big band tracks, with a strident groove that Woody never duplicated, and with the kind of baroque arrangements that Evans was bringing to some of the best soul work on Cadet at the time. Donny Hathaway plays organ, and the group does a killer version of his own "Flying Easy". Other titles include "The Hut", "Sex Machine", and "It's Your Thing" – but it's all great!  © 1996-2021, Dusty Groove, Inc.
(Light blue label stereo. Cover has ringwear, and some discoloration along the spine.)