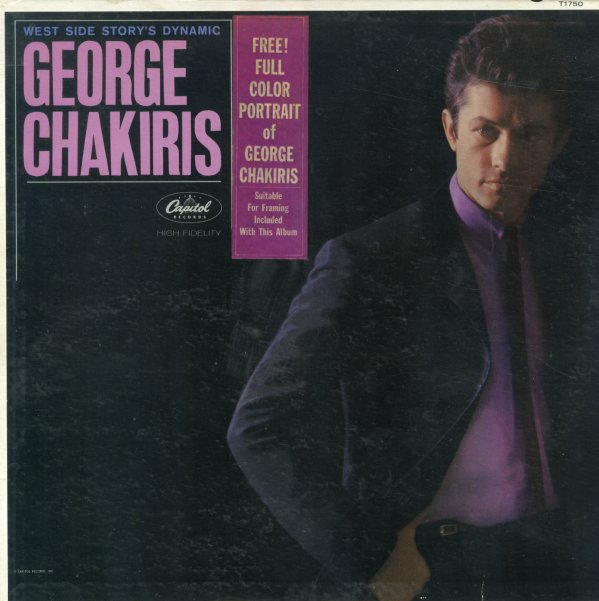 Chakiris made his big fame in the film version of West Side Story, but we've always been bigger fans of his work in Les Demoiselles De Rochefort. This album's one of many weak attempts to get his singing career in line with his matinee idol looks – and it features some of the best arrangements that Capitol could muster, by the likes of Billy May, Billy Byers, and others. The material's fairly hip – and includes "By Myself", "Mr. Lucky", "I Believe In you", and "A Lot of Living To Do".  © 1996-2021, Dusty Groove, Inc.
(Rainbow label stereo pressing, inclues the Capitol inner sleeve and portrait insert. Cover has a small cutout hole and a small piece of clear tape on back.)