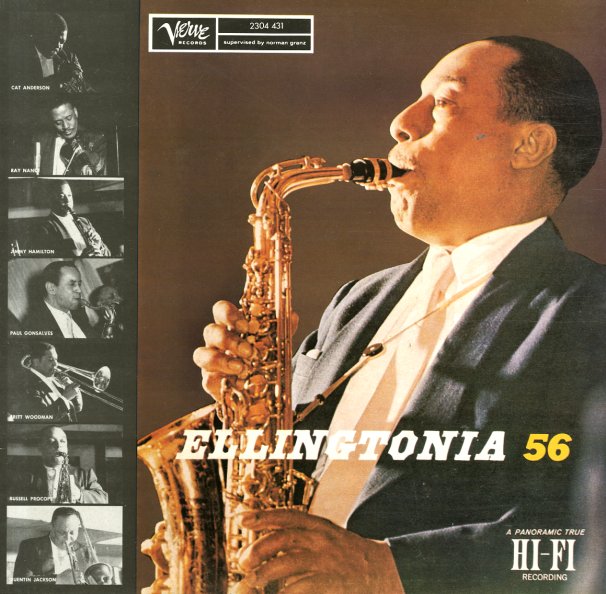 Excellent small combo work – the Duke Ellington spirit, but guided through a lineup that features the alto of Johnny Hodges in the lead – plus tenor from Paul Gonsalves, trumpets from Clark Terry and Cat Anderson, trombone from Lawrence Brown, piano from Billy Strayhorn, and baritone from Harry Carney! A few tracks are nice and long, with good solo space – and titles include "Texas Blues", "The Happy One", "You Got It Coming", "Snibor", and "Hiya".  © 1996-2021, Dusty Groove, Inc.
(French 80s pressing – in great shape!)

Duke's In Bed
Verve, Late 50s. Very Good+
LP...$24.99
Great work from Johnny Hodges – even though we think it's a goshdarn shame that he always has to play under the Duke Ellington umbrella during this period – with references like this in the title! Still, the set can't be faulted – as it features Johnny in the lead on all tracks, ... LP, Vinyl record album