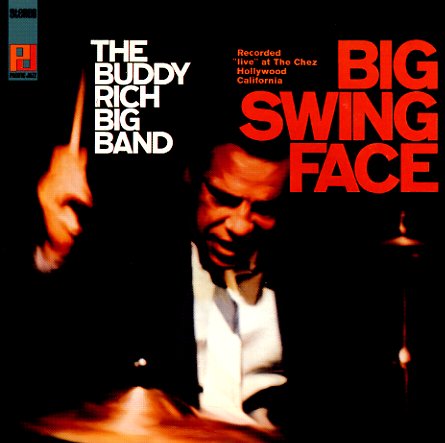 A hard-driving big band set from Buddy Rich – recorded with one of his groovy 60s lineups! The live date features work brom Bobby Shew on trumpet and Ernie Watts on alto – and titles include "Wack Wack", "Norwegian Wood", "The Beat Goes On", and "Mexicali Nose".  © 1996-2021, Dusty Groove, Inc.
(Cover has mostly split seams and surface wear.)

Buddy Rich Sings Johnny Mercer
Verve, 1956. Very Good
LP...$14.99
One of the few rare vocal sessions recorded by Buddy Rich – and a surprisingly swinging album that makes us wonder why he didn't record more like this! Arrangements are by Buddy Bregman, who was always the great man at Verve for backing less-confident singers – and unlike other Buddy ... LP, Vinyl record album

Buddy Rich Band
MCA, 1981. Very Good
LP...$1.99
Slick funky fusion from Buddy – a bit of a change from some of his other work of the 70s, but still pretty nice. The format is still in a big band mode, but the overall production's a bit slicker – so that there's more electric and studio touches next to Buddy's full-on horn section ... LP, Vinyl record album