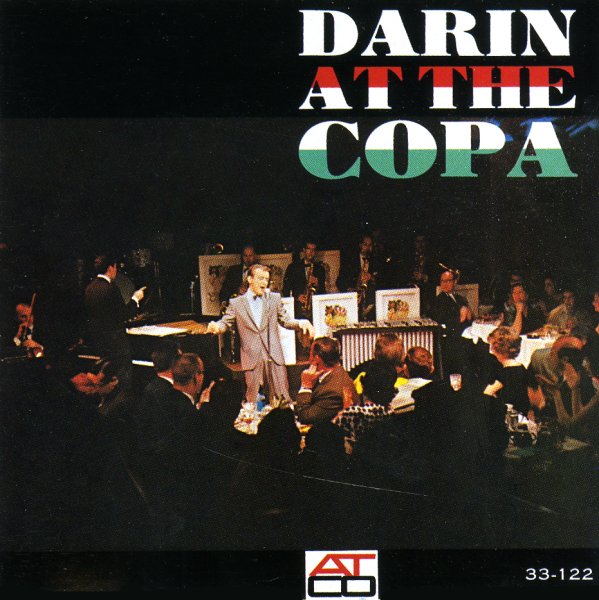 Darin At The Copa

Bobby proves himself to be the consummate entertainer in this great live set recorded in the early 60s! This was the only live album Bobby ever cut during these days, and it's an excellent document of the kind of rolling kitschy style he used in a show – a style that was later copped to a "t" by his protege Wayne Newton. The tracks are a mix of all of Bobby's styles, and titles include "Some Of These Days", "Mack The Knife", "Love For Sale", "I Got A Woman", "That's All", and "Alright, Ok, You Win".  © 1996-2023, Dusty Groove, Inc.
(Later Bainbridge pressing, in a white border cover.)

Ada Lee Comes On
Atco, Early 60s. Very Good-
LP...$9.99
Ada Lee is a sweet voiced singer with a pretty strong jazz style – in a mode that's pretty similar to Ella Fitzgerald – although it's also clear that Atlantic was trying to peg her as a sophisticated R&B vocalist, in the mode of some of their other bigger female acts from the time! ... LP, Vinyl record album

Open (aka Jools)
Atco, 1968. Very Good Gatefold
LP...$14.99 19.99
Great stuff – one of the amazing early albums from the team of Julie Driscoll and Brian Auger – kind of a next-generation to the Brit beat group sound of the mid 60s – one that moves beyond simple R&B modes, to bring in more sophisticated soul and jazz touches! Driscoll's ... LP, Vinyl record album

New Kind Of Love
Roulette, 1963. Near Mint-
LP...$2.99
Joe Williams is away from Count Basie here, but he's still sounding great – and getting a slightly warmer approach overall – in keeping with the promise of the title! The arrangements aren't credited on the notes, but they've got a slightly lusher feel than Basie – a bit more ... LP, Vinyl record album