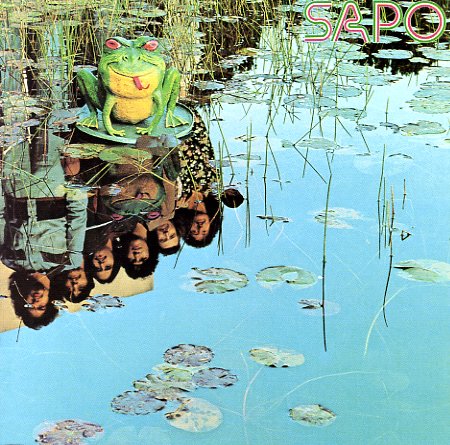 A killer bit of Latin funk from the west coast scene of the 70s – the only album we've ever seen from Sapo, but a set that almost blows away the efforts of bigger groups like Malo or El Chicano! There's a bit more funk in the mix here than in some of the group's contemporaries – a leaner, more soulful sound that's totally great – and topped with these cool compressed vocals from singer Richard Bean, who's got a very distinctive approach! The rhythms are wonderful – and the album explodes with great tracks that combine equal parts Latin, funk, and soul – all in a way that really lives up to the best promise of such a combination – and never falls too heavily on one or the other side of the fence. Titles include the killer break track "Been Had", the slamming electric jam "Ritmo Del Corazon", the fast modal groover "It's The Music", and the massive "Sapo's Montuno", with some very lively solos! Other cuts include "Nina", "Get It On", and "Can't Make It".  © 1996-2022, Dusty Groove, Inc.
(White label promo! Cover has light wear, and tape on the seams.)