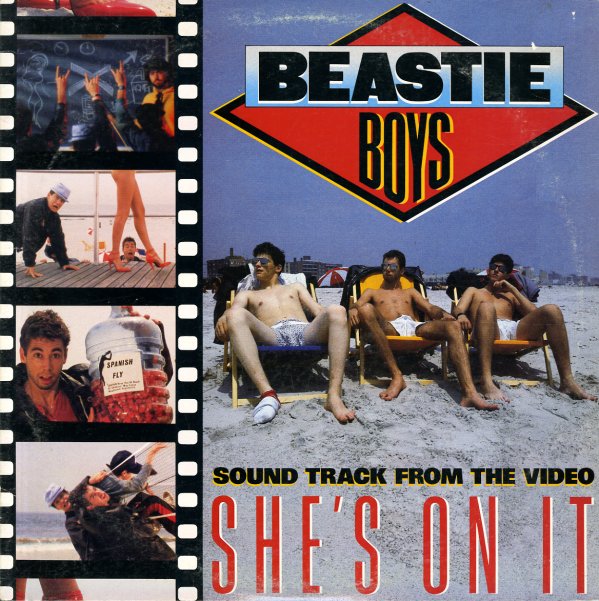 "She's On It" was released around the same time as the "License To Ill" LP and has the same crazy early Beastie sound, but for some reason only appeared on this single, not on any LP.  © 1996-2021, Dusty Groove, Inc.
(Cover has light wear, with a patch of stuck-on paper at the bottom left corner on back.)