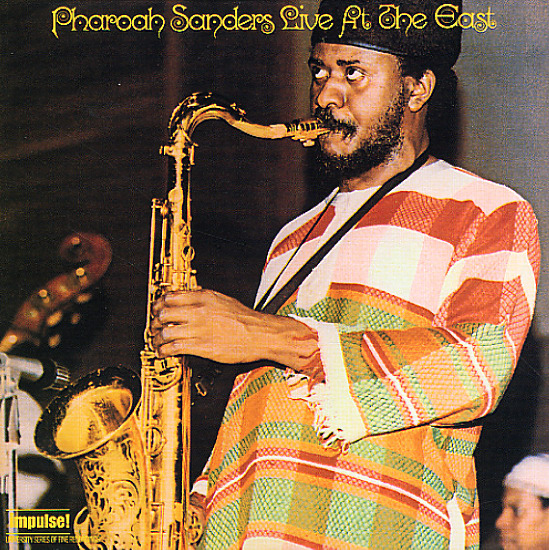 One of the most spiritual albums recorded by Pharoah Sanders for Impulse – an open-ended and free-thinking exploration of ideas, one that's very much in the late Coltrane mode! As you'd guess from the title, the set's a live one, which maybe helps open up the sound even more – making the set almost a bridge between the freer reaches of the 60s New York avant scene and some of the loft jazz expressions to come. The group's a largeish one – filled with spiritual jazz luminaries, in a lineup that includes Hannibal Marvin Peterson on trumpet, Harold Vick on tenor, Carlos Garnett on flute, Joe Bonner on piano and harmonium, and both Cecil McBee and Stanley Clarke on basses, and Norman Connors, Billy Hart, and Lawrence Killian on drums and percussion. The album features three long tunes, all great – and titles include "Healing Song", "Memories of John W Coltrane" and "Lumkili".  © 1996-2021, Dusty Groove, Inc.
(Rainbow label pressing.)