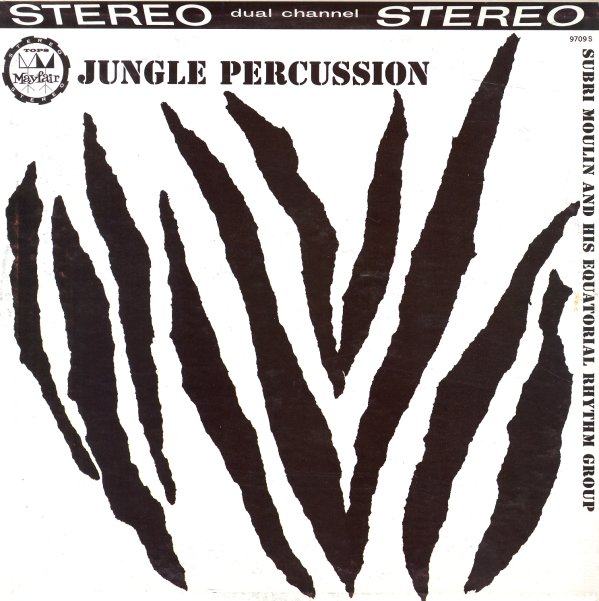 Spare, tribal, and heavy percussion – with a sound that's a lot more credible than some of the other stuff on labels like this from the same time. We're not sure who the group is, but even if they are studio guys working under another name, they still do a pretty darn good job! Titles include "Moondongo", "Mato Grooso", "Asiwanda", "Guaguanco", and "Zulu".  © 1996-2021, Dusty Groove, Inc.
(Blue label stereo Mayfair pressing with deep groove. Cover has a split top seam and spine, with some surface wear and yellowing from age.)