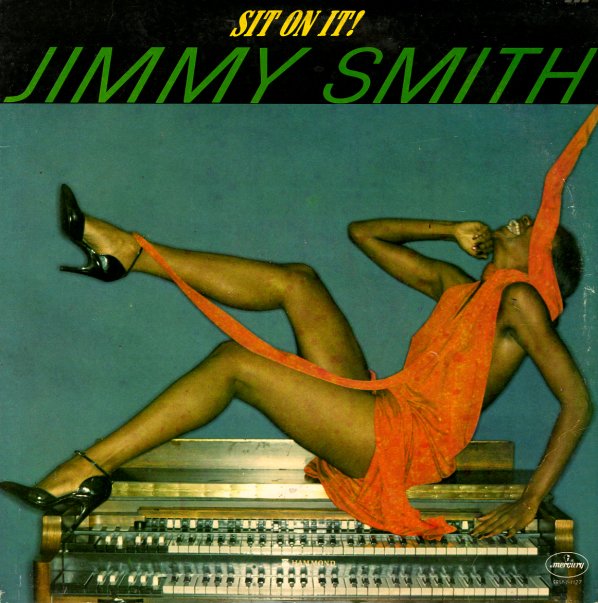 One of our favorite later albums from organist Jimmy Smith – and a set that cooks heavily in a wicked blend of jazz, funk, and soul! The style's a bit like the groove that Johnny Hammond hit during his Gears period – arranged by Eugene McDaniels and Alan Silvestri, with an approach that's somewhere between Larry Mizell and Skip Scarborough – tight grooves, bits of vocals, yet plenty of room for Smith's keyboard solos to take off over the top! Players include Herbie Hancock on piano, Alan Silvestri on guitar, and Lenny White on drums – but the main star is Jimmy – who's grooving massively over the top of the album, with soaring solos that are some of his best work from the late 70s. Our favorite track on here is a masterful take of "Can't Hide Love", but there's a lot of other nice funky tracks like "Slippery Hips", "My Place In Space", and "Give Up the Booty".  © 1996-2021, Dusty Groove, Inc.
(Cover has a cut corner.)