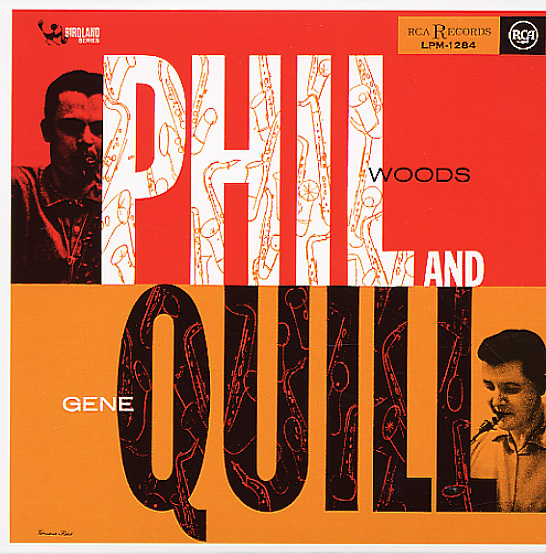 A wonderful twin-alto session from the mid 50s – and one of our favorites from the RCA jazz years! Gene Quill was always one of the crisper, tighter alto talents of the time, and he's ably paired here with a young Phil Woods – an equally crisp player at this point in his career, working alongside Quill in a wonderfully sharp sound! The group's a small combo, and seems to have a slightly looser, more relaxed feel than some other RCA assemblages of the time – a mode that really just lets the two lead saxophonists focus on sharing the heads, then breaking out solos – blowing with a bit less of the tightly arranged style that often showed up on the label. Players include Sol Schlinger on baritone, Dave McKenna on piano, Buddy Jones on bass, and Shadow Wilson on drums – and tracks include "Rib Roast", "Pottsville USA", "Frank The Barber", "Twin Funkies", and "Una Momento".  © 1996-2022, Dusty Groove, Inc.
(Japanese pressing, with obi – RGP 1173M. Cover has some very light wear, but is great overall.)