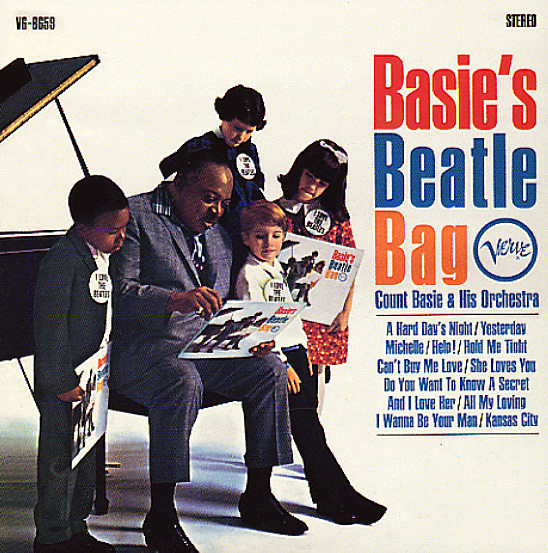 An amazing little record – with results that are even greater than the sum of its parts! As you'd guess from the title, Count Basie takes on the 60s sounds of The Beatles – but he's doing so with arrangements from the great Chico O'Farrill – who really keeps things interesting throughout – throwing in those hip rhythms and odd twists and turns he first forged with his Latin recordings – in ways that definitely live up to the groovy pedigree of the tunes. And the Basie group's got a groovier sound than usual – probably due to the arrangements – and Basie plays some nice organ riffs on a number of the album's tracks – one of the Count's rare outings on the instrument, always a treat. Titles include "Help!", "Can't Buy Me Love", "I Wanna Be Your Man", "All My Loving", and "And I Love Her". Proof that The Beatles' influence was way farther reaching than you'd ever expect!  © 1996-2021, Dusty Groove, Inc.
(MGM stereo pressing with deep groove. Cover has light wear.)