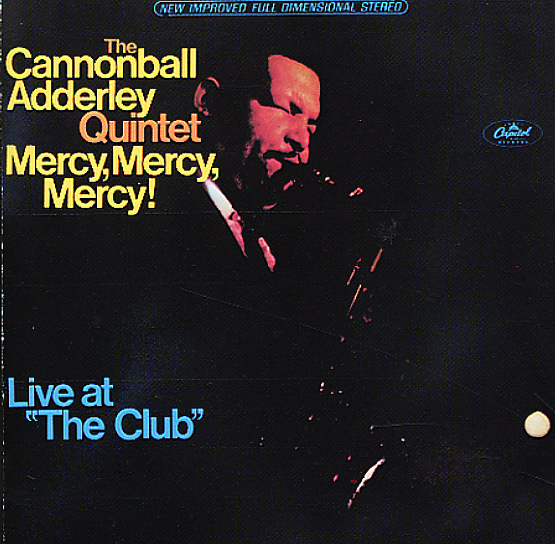 Also available
Cannonball Adderley — Mercy, Mercy, Mercy! ... CD 6.99
If the 60's ever had a "hit" jazz record, it was probably this one! The album's a sparkling live session featuring the trademark soul jazz sounds of the Cannonball Adderley group with Joe Zawinul on acoustic and electric piano, and brother Nat Adderley on cornet. The tracks have a long soulful groove, with gutbucket solos from the 3 above-mentioned players, and tight live production by a young David Axelrod. Titles include "Sticks", "Hippodelphia", "Sack O Woe", and the classic "Mercy, Mercy, Mercy" – a jazz theme that you'll recognize instantly!  © 1996-2023, Dusty Groove, Inc.
(Stereo rainbow label pressing. Cover has some surface wear, light splitting.)