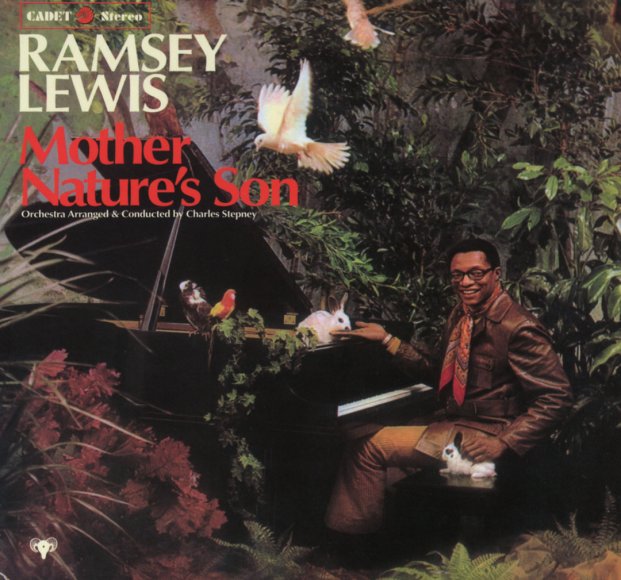 One of our favorite Ramsey Lewis albums of all time – an incredible reworking of tunes by The Beatles, done in collaboration with Cadet Records studio maestro Charles Stepney – who brings in some amazing arrangements and production styles to the record! The tunes are familiar, but the versions here definitely aren't – as Stepney really pulls them apart and puts them back together with a great range of new elements – sometimes a bit of electronics, sometimes funky drums, and often the kind of deep-bottomed, Chicago soul-styled grooves that Chess/Cadet was hooking up to its best players in the late 60s. Ramsey plays both acoustic and electric piano, and the album is easily one of his (and Stepney's) most brilliant moments in the studio! Titles include "Back In USSR", "Julia", "Sexy Sadie", "Dear Prudence", and "Everybody's Got Something To Hide Except For Me & My Monkey". Funky, spacey, and totally great!  © 1996-2022, Dusty Groove, Inc.
(60s blue fade label stereo pressing, in fantastic shape!)