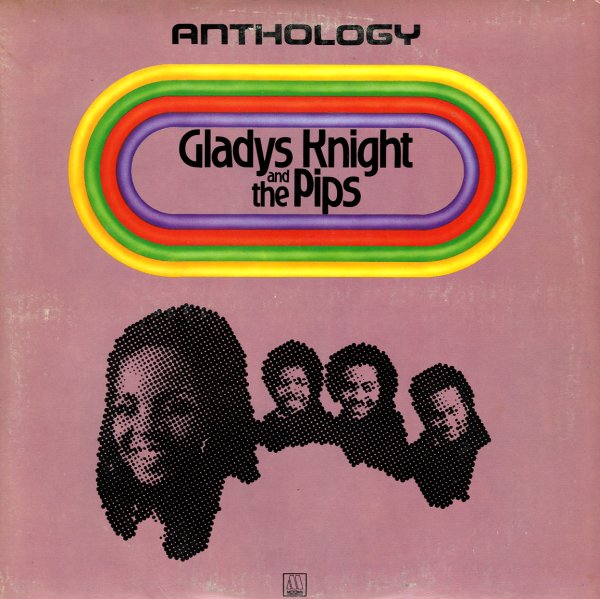 Although Gladys Knight & The Pips didn't cut their first recordings or their biggest recordings for Motown, they did still do a pretty nice job at the label – as you'll hear on this nice 2LP set that brings together a nice batch of their best tracks. Includes their original version of "I Heard It Through The Grapevine", plus "The Nitty Gritty", "Tracks Of My Tears", "Every Little Bit Hurts", "Everybody Needs Love", "Neither One Of Us", and "Make Me The Woman That You Go Home To".  © 1996-2022, Dusty Groove, Inc.
(Includes booklet. Cover has light wear.)

Touch
Columbia, 1981. Near Mint-
LP...$5.99 7.99
Gladys Knight & The Pips sounding fresh and revitalized for the 80s on Touch from '81 – a batch of tunes both produced and penned by Ashford & Simpson! It's a pretty sweet mix of clean grooving, smoothed out soul gems and others with some strings and kind of bigger arrangements that ... LP, Vinyl record album

About Love
Columbia, 1980. Near Mint-
LP...$4.99 9.99
Gladys Knight with Ashford & Simpson – a perfect pairing of two post-Motown talents! Gladys Knight & The Pips are one of those groups that never stopped being great – and later albums like this are well worth tracking down, especially with the team of Nick Ashford and Valerie ... LP, Vinyl record album

Letter Full Of Tears (Collectables)
Collectables, Early 60s. Near Mint-
LP...$6.99 9.99
14 tracks from the early Fury sessions, back when the Pips were a good R&B vocal group, and Gladys sang over the top on such beautiful tracks as "Operator", "Every Beat of My Heart", "You Broke Your Promise", and "Love Call". LP, Vinyl record album