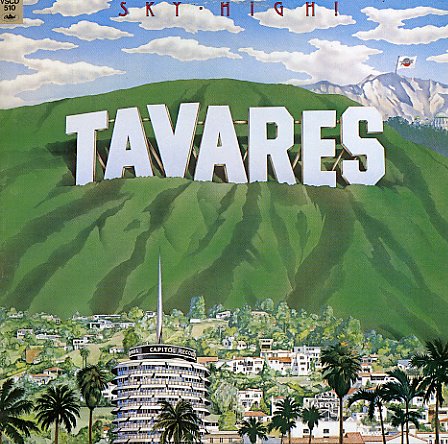 A stone 70s classic from Tavares – quite possibly the group's biggest album, and a masterpiece of LA vocal group soul! The album's biggest claim to fame is the massive hit "Heaven Must Be Missing An Angel", recorded by the group for this set, but blown to the heights through it's huge use in the film Saturday Night Fever. But although that hit might mark them as a disco group, Tavares are still very much in the strongest style of their best early vocal group sets – coming together magically as a group, even when the rhythms are a bit uptempo, and sounding great on tracks that include "To The Other Man", "The Mighty Power Of Love", "Bein With You", "Ridin High", "Wonderful", and "Guiding Star".  © 1996-2022, Dusty Groove, Inc.
(Includes the printed inner sleeve.)

We Are One
Capitol, 1983. Near Mint-
LP...$19.99
Completely killer work from Frankie Beverly & Maze – captured here at the height of their power, with that amazing blend of Frankie's lead vocals and the group's tight instrumentation – all at a level that so many others tried to copy, but never got this right! The sense of unity ... LP, Vinyl record album

That's The Way Of The World
Columbia, 1975. Near Mint- Gatefold
LP...$29.99 (CD...$3.99)
Amazing! Earth Wind & Fire's ultimate moment of the 70s – and a perfect blending of all their influences that stands as a lasting tribute to their super-huge effect on soul music! The record features all aspects of the band coming into perfect cohesion – bassy funk, mellow soul, ... LP, Vinyl record album