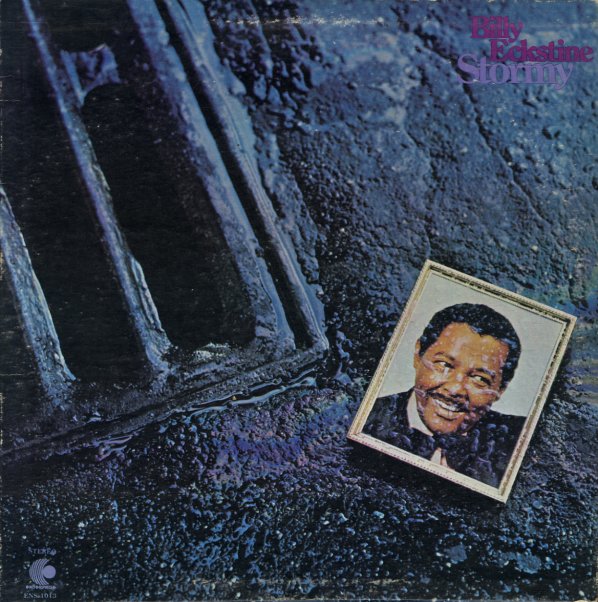 Think what you might about Mr. B, but this is a sweet soulful album of dreamy pop songs, produced and arranged by Isaac Hayes, with a similar sound to some of the work from the same time by Grady Tate. Billy's voice is as deep and round as always, and the newer backing brings a nice quality to his sound that you don't get from other albums. The Bar-Kays did the rhythm backup, and the album also includes some larger string arrangements. Titles include "I Wanna Be Your Baby", "The Luckiest Man In The World", "Stormy", and "Name Of My Sorrow".  © 1996-2021, Dusty Groove, Inc.

You Call It Madness!
Regent, Late 40s. Very Good+
LP...$6.99
Sublime work from Mr B – a collection of his earlier Savoy singles, assembled for a wonderful 50s album on the Regent label – and featuring some of the best jazz-based work in the classic Eckstine mode! As is well known, Billy's group of the time featured nothing but top-shelf jazz ... LP, Vinyl record album

She Dances Overhead
RCA, 1955. Very Good
LP...$9.99
Dreamy vocals from Matt Dennis – a set of Rodgers & Hart numbers, performed in a sweetly swaying style that has plenty of warm touches. Unlike some of Matt's smaller combo records, this set's got larger backings from the orchestra of Harry Geller – using some light strings and ... LP, Vinyl record album