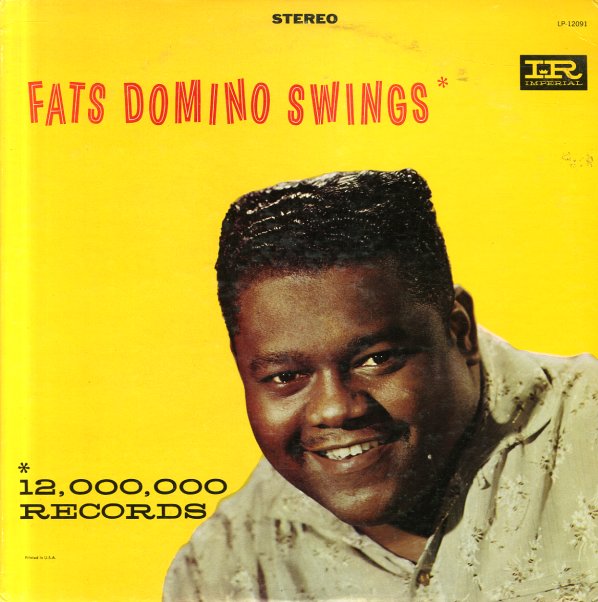 Fats Domino Swings – a total of 12 million records, according to the cover! We're not sure if that claim's accurate or not, but we can say that the album's got a million dollar sound, and is a perfect demonstration of the genius that made Domino unlike anyone else back in the day – a completely unique artist to rise from the New Orleans scene in the 50s, but one who's also steeped in all the musical roots of the city! Fats has a way of laying down on the piano that brings forward older riffing styles, but in a leaner level that sits brilliantly alongside his raspy, early soul vocals – and the tight, jaunty rhythms of the tunes – which again are kind of a compression of older Nola modes, in a way that so many others would copy over the years. The set features a mix of hits like "I'm Walkin" and "Blueberry Hill", and great lesser known numbers like "Going To The River", "I'm In Love Again", "Bo Weevil", and "Whole Lotta Loving".  © 1996-2022, Dusty Groove, Inc.
(Mono pressing with deep groove. Cover has some surface wear, aging, and a split spine.)