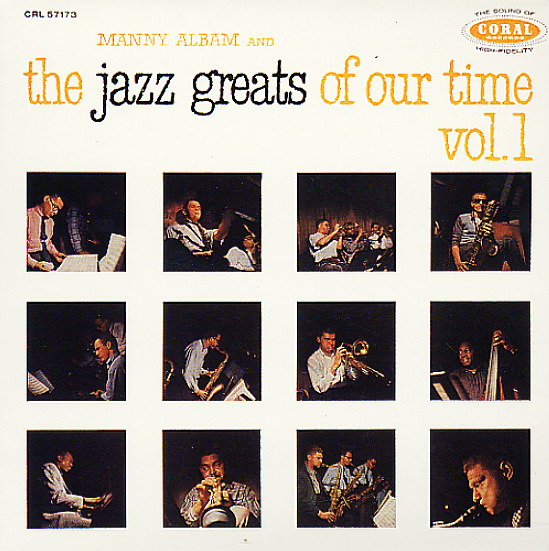 Jazz Greats Of Our Time Vol 1

A great large group project from arranger Manny Albam – one that teams him up with "jazz greats" of the east coast scene, in a really hard-swinging set of tracks that showcase some wonderful solo work! Manny's working here with a set of players who are well-chosen for their ability to work strongly in an ensemble, yet also break out with strong solo work when the moment comes – and the lineup includes Gerry Mulligan, Al Cohn, Zoot Sims, Phil Woods, Bob Brookmeyer, and Art Farmer – with rhythm by the trio of Hank Jones, Milt Hinton, and Osie Johnson. The tracks are long, with more room for soloing than usual on this sort of album – and nearly all of them are originals by Manny. Titles include "Minor Matters", "Blues From Neither Coast", and "Latined Fracture".  © 1996-2021, Dusty Groove, Inc.
(Maroon label pressing with deep groove – nice and clean! Cover has a bit of splitting on the top seam and spine, but is nice overall.)