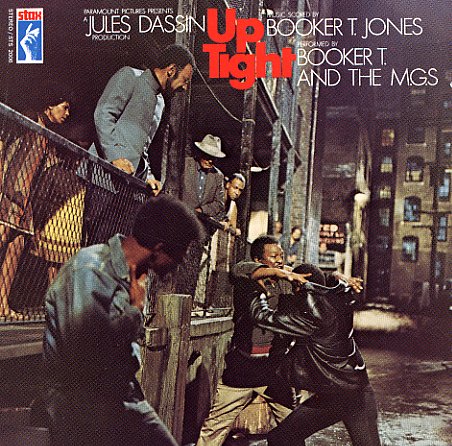 A wonderful soundtrack from Booker T & The MGs – a record that's probably much better remembered than the film for which it was written! The tunes show a whole new depth for the group – a style that still has some of the charm of their previous hits, but which also takes off in whole new directions too. Some tunes are pretty darn catchy, and others have a nicely bubbling sound – almost jazzy in parts, with a great scene-setting feel for the movie. Booker actually sings on 2 tracks – "Johnny I Love You" and "Blues In The Gutter" – and Judy Clay sings on "Children Don't Get Weary". Other than that, though, the whole thing's instrumental – with titles that include the megahit "Time Is Tight", plus "Cleveland Now", "Down At Ralph's Joint", and "Tank's Lament".  © 1996-2021, Dusty Groove, Inc.
(Cover has light wear.)