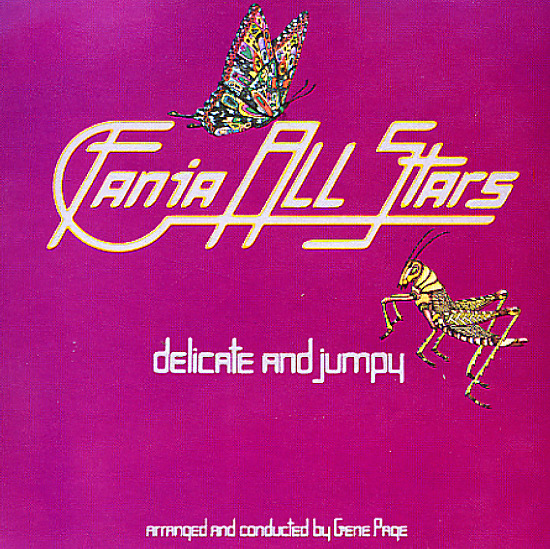 A stunner of a record from the Fania All Stars – a tremendous attempt to move into a 70s soul vein, complete with Satin Soul arrangements from Gene and Billy Page! The record bubbles over with the funky orchestrations you'd expect from the best Barry White work at the time – strings soaring over snapping beats and warmly soulful instrumentation – bearing little resemblance overall to the earlier work of the Fania All Stars, but blowing our minds all the more because of the rich ability to change sound so much. There's load of wonderful funk tracks on the album – and titles include "Picadillo", "I'll See You Again", "Foofer Soofer", "Sabrosa", "Desafio", and a great cover of "Rosemary's Baby".  © 1996-2021, Dusty Groove, Inc.
(Japanese pressing with insert.)

Good – The Bad – The Ugly
Fania, 1975. Near Mint- Gatefold
LP...$28.99
A roots-oriented 70s classic from Willie Colon – one of his standout albums of the decade! Willie continues his "life of crime" approach for the early 70s – moving into an old west look on the cover, and matching that with a slightly rootsier sound on the album! The real ... LP, Vinyl record album

Soca Me Nice
Concord, 1988. Near Mint-
LP...$19.99
Late 80s Latin from Mongo Santamaria – but still pretty darn nice! The set's got Santamaria stretching out in the rhythms a bit more from the early days – and also picking up some of the jazz flavors of the Concord label as well – but overall, the proceedings are still quite ... LP, Vinyl record album