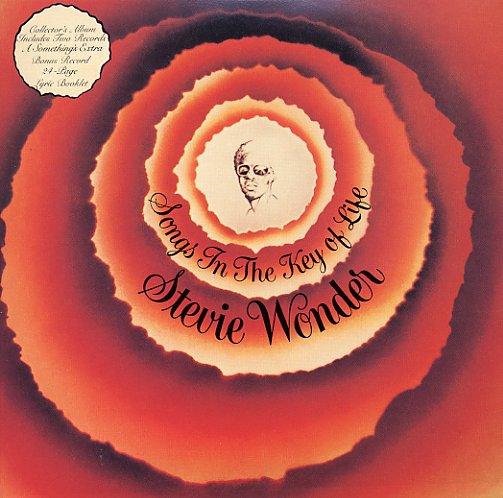 Songs In The Key Of Life

A sweet little double LP – one that had some folks saying that Stevie should have stayed away from the "2LP syndrome", but for us a real treasure with lots of hidden gems. Besides the hits "Isn't She Lovely" and "Sir Duke", which were more than enough to carry the set in the record shops, the record's got lots of other nice cuts, including many that have that complicated jazzy feel of Stevie's work on the Inner Visions album. Titles include "Ngiculela – Esa Una Historia", "Ordinary Pain", "Black Man", "Village Ghetto Land", and "Love's In Need Of Love Today".  © 1996-2021, Dusty Groove, Inc.
(Includes the booklet. Cover has light wear and an unglued bottom seam.)