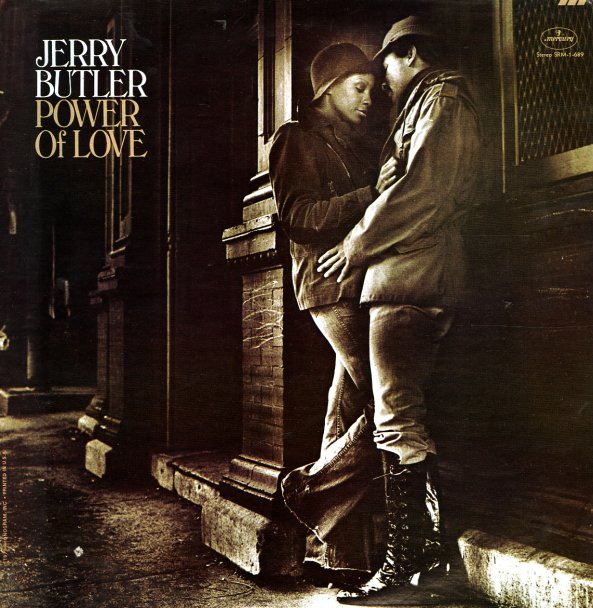 An easy album to overlook, but not without some nice moments! Johnny Bristol produced the record, and he gives it a nice sweet 70s soul groove, similar to what he was using in his own work from the time. And typical of Jerry's albums from the early 70s, there's lots of nice original material, including stuff by Terry Callier, Johnny Bristol, Billy Butler, and Jerry himself. Includes "What Do You Do On A Sunday Afternoon?", one of our secret faves, plus "Memories Don't Leave Like People Do", "Whatever Goes Around", "Whatever's Fair", and "Too Many Danger Signs".  © 1996-2023, Dusty Groove, Inc.
(Cover has light wear and a cutout hole.)

Mr Dream Merchant
Mercury, 1967. Very Good+
LP...$4.99 8.99
Sublime soul from Jerry Butler – material recorded during his post-Vee Jay years, when he was really transforming his sound in ways that still made him one of the dominant male voices in sophisticated soul! There's a great balance between poise and emotion in the cuts – served up with ... LP, Vinyl record album

Spice Of Life
Mercury, 1972. Very Good+ 2LP Gatefold
LP...$11.99 13.99
Perhaps the greatest record Jerry Butler made in the 70s, and a very tight bit of baroque Chicago soul with arrangements and production by Samuel F. Brown III. The tracks are a good mix of originals and covers, and they all show Jerry going way past his Gamble & Huff/Mercury years – into ... LP, Vinyl record album

Honey
Mercury, 1975. Very Good+ Gatefold
LP...$19.99
A legendary album from The Ohio Players – a set that's famous not just for its sexy cover, but for the way the group managed to set a whole new standard for mainstream funk at the time! The group started out in the farther reaches of the Midwest underground, and previously had brought some ... LP, Vinyl record album

Living To Give
Mercury, Early 70s. Very Good
LP...$2.99
Cut on the heels of Melba's run in the musical Hair, this early set features versions of the tunes "The Flesh Failures", "Easy To Be Hard", and "I Love Making Love To You", all from the Rado/Ragni/MacDermot team. Arrangements are by Charlie Calello and Jimmy Wisner,and ... LP, Vinyl record album