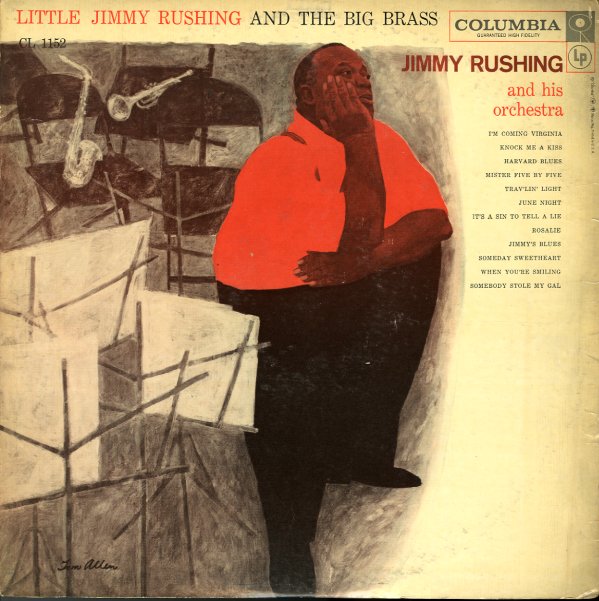 In our opinion, this "comeback" material by Rushing was way better than his original work from the late 30s. He's got more of a sense of control here, and his approach to the material is extremely thoughtful, and always tinged with a good sense of jazz, making it swing a bit more than on earlier recordings. On this album, he's singing to a set of arrangements by Jimmy Mundy, Buck Clayton, and Nat Pierce – and titles include "Jimmy's Blues", "It's A Sin To Tell A Lie", "I'm Coming Virginia", and "Knock Me A Kiss".  © 1996-2021, Dusty Groove, Inc.
(Mono 6 eye white label promo pressing. Cover has half split seams and light aging.)