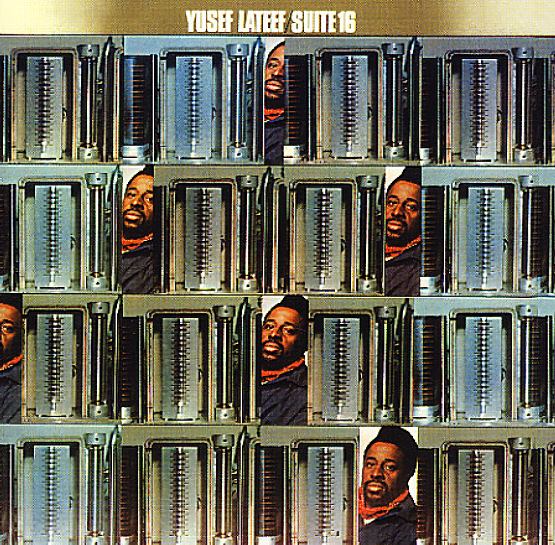 A groundbreaking set from Yusef Lateef – one that mixes together a number of different soul jazz styles! In a way, Atlantic records tried to handle Yusef Lateef in the same way they did Roland Kirk – by creating recordings that either let him express himself strongly as an arch-modernist, or those that focused on his solo talents in material that was a bit more funky and soulful. This album's got a bit of both – as side one has Yusef playing with slightly electric groups on short tracks that feature vocal backings by the Sweet Inspirations, and side two features Yusef playing with the Cologne Radio Orchestra, conducted by William Fischer, on an extended work called "The Symphonic Blues Suite". We dig the shorter tracks better, and those titles include "Nocturne", "Buddy & Lou", and "Down In Atlanta".  © 1996-2020, Dusty Groove, Inc.
(Red & green label pressing. Cover has some staining and waviness on the bottom.)