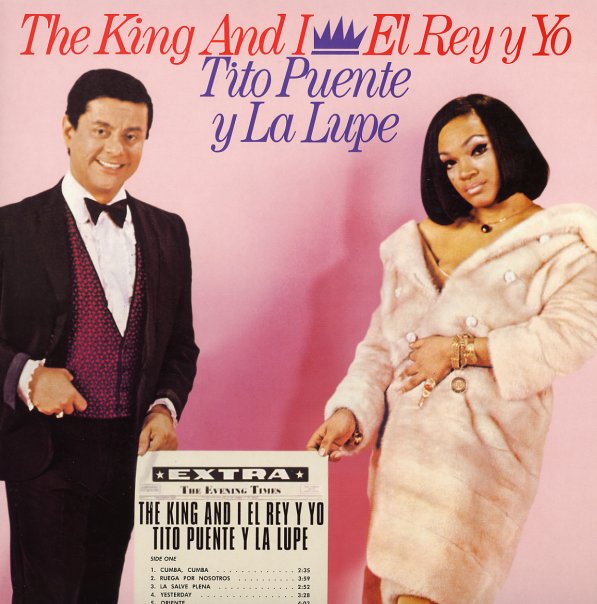 A late 60s outing from the team of Tito Puente and La Lupe – and a record that has some nice groovy touches! We're not the biggest fans of Lupe's vocals, but in Tito's company she really swings nicely – and the whole album keeps things moving along in a sweet 60s Tico Records groove. Tunes are done in a mix of styles, and titles include "Steak o Lean", "Rezo-a-Yemaya", "Mi Gente", "Cumba, Cumba", and "Jala Jala Panameno".  © 1996-2021, Dusty Groove, Inc.
(Mexican pressing. Cover has light wear.)

That Latin Touch
Tico, 1959. Very Good+
LP...$9.99
A dreamy album of Latin instrumentals, played by pianist Marco Rizo and his orchestra, in sort of a pop-Latin sound with a nice easy sound. There's some nice covers on here – like a version of Martin Denny's "Quiet Village", and a take on the "I Love Lucy" theme, which ... LP, Vinyl record album