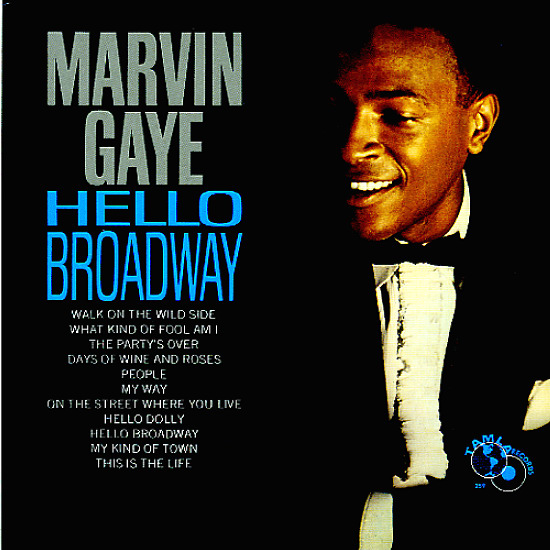 Nothing too Broadway here – as the album's a warmly soulful set that shows a mellower side of Marvin Gaye for the 60s – the deeper, more jazz-inclined side of his vocals, which makes for a nice contrast to his bigger hits of the time! Gene Page handled most of the arrangements, so you can bet that the sound is mighty solid – a groove that gets past standard Motown modes of the time, and opens up with a hint of the more sophisticated Marvin to come in the 70s! It's great to hear Gaye take his own turn with familiar tunes like these – and titles include "Walk On The Wild Side", "Hello Broadway", "My Way", "What Kind Of Fool I Am", "People", "The Party's Over", "Days Of Wine & Roses", and "This Is The Life".  © 1996-2021, Dusty Groove, Inc.
(Sealed 60s pressing! Cover has a small cutout hole in one corner.)