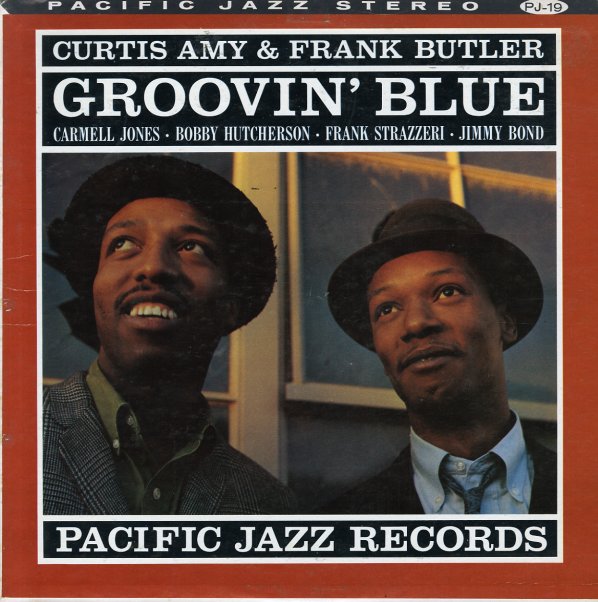 One of the best Curtis Amy records for Pacific Jazz – and an album that really has him stretching out, hitting some of the more openly soulful modes that would develop further in the 60s! The set's a partnership with drummer Frank Butler, who himself is a pretty hip cat – and together, the pair break past the organ/tenor modes of the initial albums by Amy – really stretching out with help from trumpeter Carmell Jones, pianist Frank Strazzeri, and a young Bobby Hutcherson on vibes! Bassist Jimmy Bond ensures that things groove tightly – and titles include "Very Frank", "Groovin Blue", "Bobblin", and "Gone Into It".  © 1996-2021, Dusty Groove, Inc.
(Mono black & silver label pressing with wide deep groove. Vinyl has a mark that clicks at the beginning of "Gone Into It". Cover has several pieces of masking tape on the seams and spine, overall wear and aging, and some pen and marker on back.)