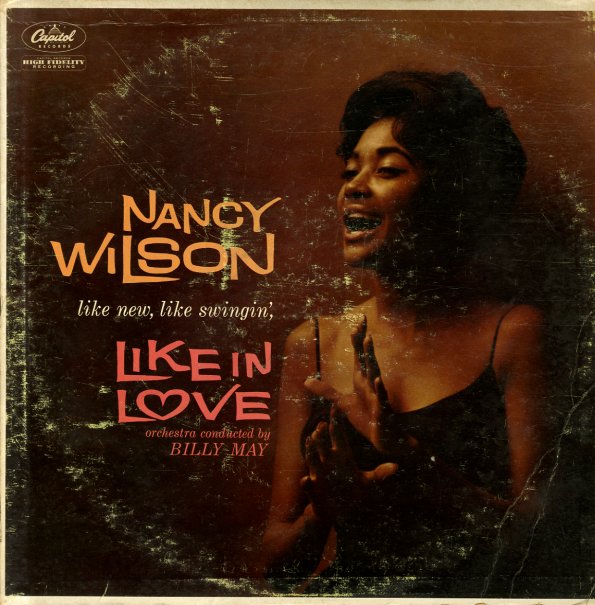 A nice early one by Nancy, and a record that shows her roots as a jazz singer, by pairing her lovely voice with swinging arrangements by Billy May. The tracks are mostly standards, but Nancy gives them a nice 60s pop twist, and keeps things nice and sexy with her sultry voice. Titles include "All Of You", "Passion Flower", "Night Mist", "I Want To Be Loved", and "In Other Words".  © 1996-2021, Dusty Groove, Inc.
(Mono rainbow label pressing. Cover has light wear and a few small splash stains.)