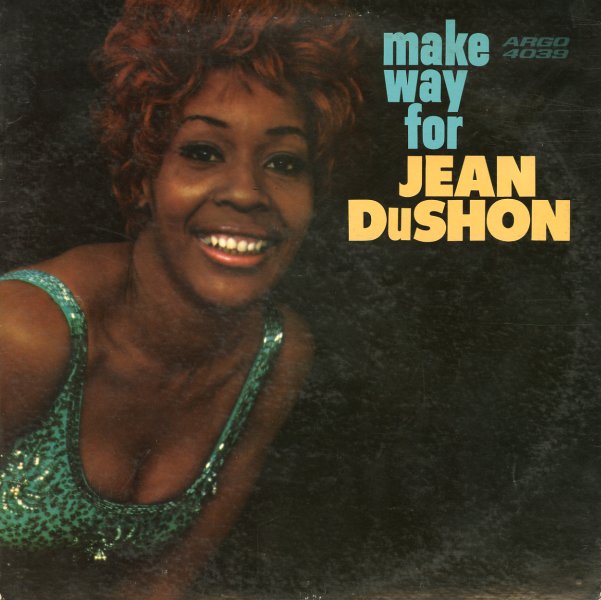 One of the few rare albums from Jean DuShon – a very cool 60s jazz singer, working here with hip small combo backings from the Herman Foster Trio! You might know Herman from his work with Lou Donaldson, and his group here really bring a lot to the set – on titles that include "Don't Explain", "The Best Is Yet To Come", "Hitch Hike", "Early One Morning", "More", "Baia", "Night Song", and "I'm Thru With Love".  © 1996-2021, Dusty Groove, Inc.
(Promo pressing, with tan labels.)