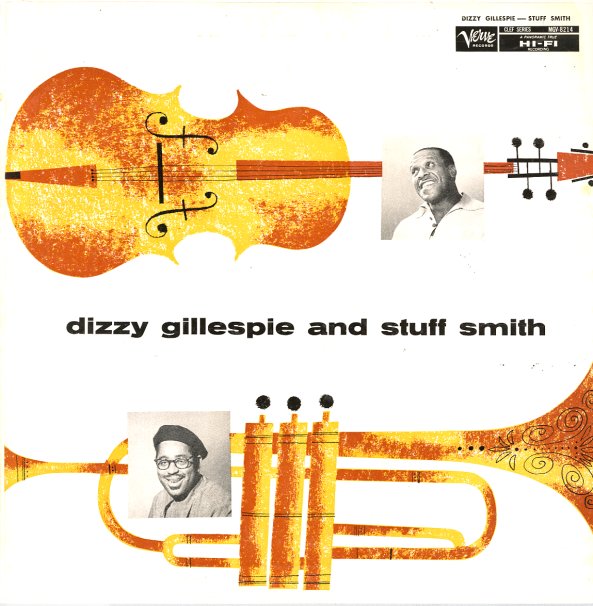 Diz meets the great jazz violinist in one of his few sets for Verve from the 50's. Wynton Kelly's on piano, and the groove is pretty laid-back, with the nice sort of long swing-oriented tracks that you'd find on some of the best Verve sessions from the time. Cuts include "Rio Pakistan", "Purple Sounds", and "Russian Lullaby".  © 1996-2022, Dusty Groove, Inc.
(Verve pressing, with the trumpeter logo and the deep groove. Cover has aged tape on all seams, surface wear, and aging.)

Dizzy Meets Sonny (aka The Modern Jazz Sextet)
Verve, 1956. Near Mint- Gatefold
LP...$4.99
That's the Modern Jazz Sextet – not the Modern Jazz Quartet – although the group definitely borrows a bit of energy from the MJQ, and some personnel too! The group was only put together for this date – and combines the subtle touches of MJQ members John Lewis on piano and Percy ... LP, Vinyl record album