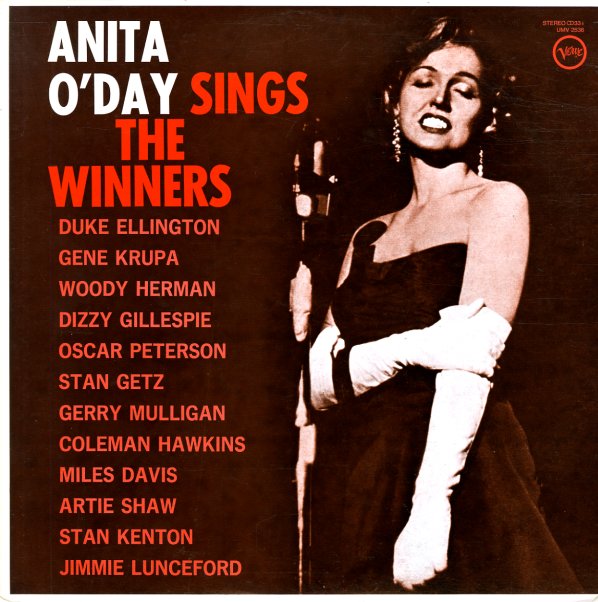 My Ship
Emily, 1975. Near Mint-
LP...$11.99 (CD...$13.99)
Great small combo work from Anita O'Day – done at a time when the singer had maybe faded from the American limelight a bit, but continued to do some really exceptional work for a variety of smaller labels! In fact, we might even say that Anita during this stretch was even hipper than before ... LP, Vinyl record album

Live At Mingos
Emily, 1979. Near Mint-
LP...$13.99
This is the sort of work we love the most from Anita O'Day – not her big band years, or her tight 50s albums on Verve – but instead the intimate small club recordings that dominated her later career, which showcase a singer with more craft, more maturity than ever before! Anita had ... LP, Vinyl record album

Cool Heat – Anita O'Day Sings Jimmy Guiffre Arrangements
Verve, 1959. Near Mint-
LP...$11.99
Very cool work from Anita O'Day – a session cut with Jimmy Giuffre arrangements, in a style that's a bit different than some of her other 50s work for Verve! Jimmy brings a nice touch of modernism to the record – casting the horns in ways that show his own love of creative colors and ... LP, Vinyl record album

Incomparable!
Verve, 1960. Near Mint-
LP...$6.99 (CD...$6.99)
Lovely work from Anita O'Day – a relatively obscure session that has her working with west coast arrangements from the pen of Bill Holman. The sound of the album's almost in the mood of a classic 50s Capitol album by June Christy – with a sophisticated and jazzy sound that O'Day didn't ... LP, Vinyl record album

Anita
Verve, 1956. Very Good
LP...$19.99
One of the strongest of Anita's mid 50s outings for Verve – a tightly-crafted set that benefits from some good arrangements from Buddy Bregman! The format is perfect for Anita – giving her little space to have to make decisions, and letting her concentrate on the tone and charm that ... LP, Vinyl record album

Pick Yourself Up With Anita O'Day
Verve, 1956. Very Good+
LP...$19.99
Buddy Bregman's doing the arrangements on this one – and he brings a great jazzy flair to the backings, helping Anita O'Day open up in her most dynamic mode! The whole set swings nicely, but without any sort of hoke – and Bregman manages to highlight specific instruments in the ... LP, Vinyl record album