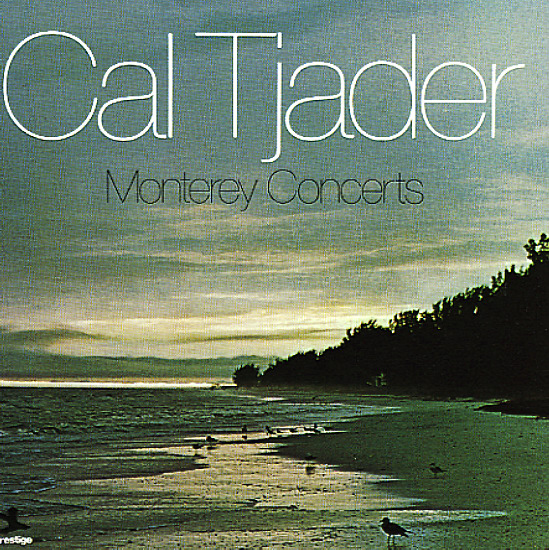 The crashing waves of the Pacific coast hardly seem like the serene setting you might want for the vibes of Cal Tjader – but this album works surprisingly well, and offers up Cal's combo in a Monterey live date, before the jazz festival really got going strong! The group's one that matches his best early albums for Fantasy – piano from Lonnie Hewitt, soulful bass from Al McKibbon, and some great Latin percussion from Mongo Santamaria and Willie Bobo! Paul Horn also joins the group on flute – blowing with lyrical lines that fit the sound wonderfully, adding a whole new dimension to the music. Many tracks are longer than usual for the Fantasy years – and titles include "Walkin With Wally", "Doxy", "Round Midnight", "Tumbao", "Love Me Or Leave Me", "SS Groove", "Tu Crees Que", and "Afro Blue".  © 1996-2022, Dusty Groove, Inc.
(Cover has a large name in marker, a smaller name in pen, with ring and surface wear.)

Breathe Easy
Galaxy, 1977. Very Good+
LP...$9.99
An overlooked 70s session from Cal Tjader – one that's definitely in the mellower mode of the spectrum, but in a way that's still plenty darn nice! The style here is part of Cal's move away from funkier work at the end of the decade – almost a return to tradition, but not a tradition ... LP, Vinyl record album

Solar Heat
Skye, 1968. Very Good- Gatefold
LP...$11.99
One of Cal Tjader's best albums ever – and a sweetly electric side that features Joao Donato on organ and Gary McFarland on vibes! The record is a brilliant extension of Cal's styles at Verve – a bit of Latin, a bit of jazz, with some easily grooving numbers that have just the right ... LP, Vinyl record album

Hip Vibrations
Verve, Late 60s. Very Good+
LP...$24.99
Groovy, YEAH! A very cool set of instrumental tracks, played by Cal on vibes, with sweet 60s pop jazz arrangements by Benny Golson. This is the kind of hip mix of styles that Verve did so well in the late 60s – and it's got a whirlwind of influences (Latin, bossa, soul jazz), all blending ... LP, Vinyl record album

Puttin' It Together
Fantasy, 1974. Near Mint-
LP...$19.99
Stellar live recording featuring the funky vibesman in a nice long electric set with a totally solid feel throughout. The LP includes an amazing 13 minute take on his cut "Manuel Deeghit", plus a 7 minute version of "The Prophet", and a 6 minute version of Joao Donato's ... LP, Vinyl record album

Three Giants! (Prestige Historical Series)
Prestige, Mid 50s. Near Mint-
LP...$19.99
Nice album that contains a mid-50s session recorded by Rollins for Prestige – with a quintet that includes the Clifford Brown-Max Roach ensemble, with Rollins filling in the tenor spot. Richie Powell's on piano, and the whole group has a very tight "roots of hardbop" sort of sound. ... LP, Vinyl record album

Up Tight!
Prestige, 1961. Very Good-
LP...$14.99
A great little session by Jug – cut after the late 50s blowing session years, and with a much tighter sound that's very much in the pocket! The record features two groups – one with Walter Bishop, Art Davis, and Art Taylor; the other with Patti Brown, George Duvivier, and Taylor ... LP, Vinyl record album

Together Again!
Prestige, 1965. Very Good-
LP...$4.99
A classic set of soul jazz tracks from Gator Tail and Brother Jack McDuff – recorded in a raw grooving style, very similar to that used on some of their live recordings from the same time. The core of the group features Bill Jennings on guitar and Wendell Marshall on bass, but some of the ... LP, Vinyl record album

Concorde
Prestige, 1955. Very Good-
LP...$24.99
Even at this early point in their career, the Modern Jazz Quartet were plenty proud of their relation to and reception in Paris – almost rubbing their international fame in the faces of other American combos with the title and cover of this record! The set's still got the quartet at their ... LP, Vinyl record album

Jazz Interplay
Prestige, 1957/1964. Very Good 2LP Gatefold
LP...$34.99
This 2 LP set comprises three different sessions recorded in 1957 all of which Coltrane and Waldron appear and they are joined by such players as Art Taylor on drums, Kenny Burrell on guitar, Idress Sulieman on trumpet, Jackie McLean on alto sax and Sahib Shihab on alto as well. Tracks include ... LP, Vinyl record album