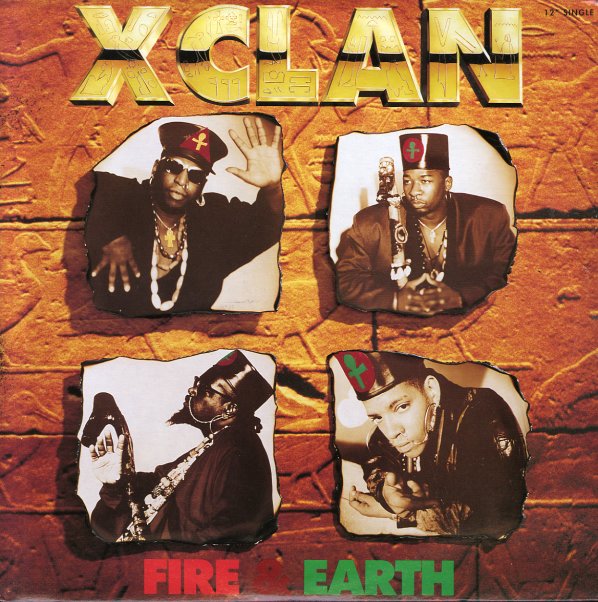 The last great single from X-Clan. The song starts off with the intro to Jimmy Castor's "Troglodyte" – 'Cavemen...Neanderthals...Troglodytes' over a haunting Ry Cooder recording of an old spiritual, followed by a single gunshot. The music and beats kick in with some of the most biting and clever attacks on the enemies of the 5% – from the 10% to swine eaters, from grafted devils to the Rainbow Coalition.  © 1996-2021, Dusty Groove, Inc.
(Cover has a promo stamp.)