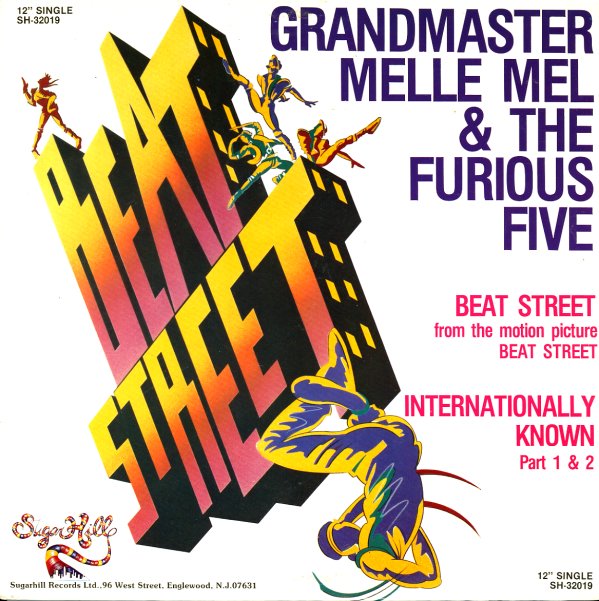 The title song from one of the early hip hop movie classics! The track's an ode to the film's slain graffitti writer Raheim, and one of the last dope Melle Mel/Furious Five tracks. With a cover featuring the Beat Street logo.  © 1996-2020, Dusty Groove, Inc.
(Cover has a cut corner and light wear.)