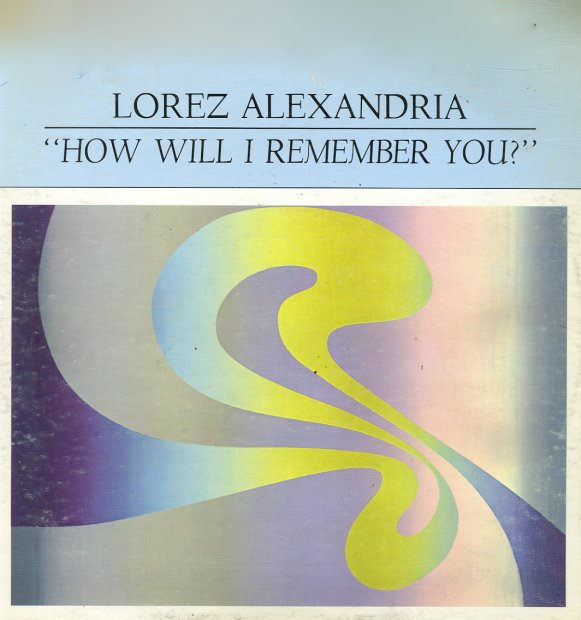 How Will I Remember You?

A great album from the late 70's, featuring the excellent jazz vocalist backed by a totally tight group led by Gildo Mahones. The sound is deep and loud, and there's some nice phat bass on here, particularly on the intro to "Baltimore Oriole", which has a nice break sound at the beginning. A great track, with a nice jazz dance feel to it! Other titles include "Little Boat (O Barquinho)", "Until It's Time For You To Go", "Perhaps", and "Greatest Love Of All".  © 1996-2020, Dusty Groove, Inc.
(Cover has light wear and some aging.)

Dear To My Heart
Trend, 1987. Near Mint-
LP...$11.99
An obscure 80s session from the great Lorez Alexandria – and a record that beautifully shows how alive her style was in these later years! The album was recorded with full group backings from the band of saxophonist Gordon Brisker – in a style that's slightly fuller than some of her ... LP, Vinyl record album

Flight Of Fancy – A Journey Of Alan & Marilyn Bergman
Discovery, 1986. Near Mint-
LP...$4.99
West coast singer Sue Raney takes on some hip songs – including a few with music composed by Michel Legrand! Titles include "Make Me Rainbows", "Little Boy Lost", "That Face", "His Eyes Her Eyes", "You Must Believe In Spring", "Summer Me ... LP, Vinyl record album

In The Blue Of The Evening
Discovery, 1978. Near Mint-
LP...$0.99
Arranged and conducted by Johnny Mandel. LP, Vinyl record album