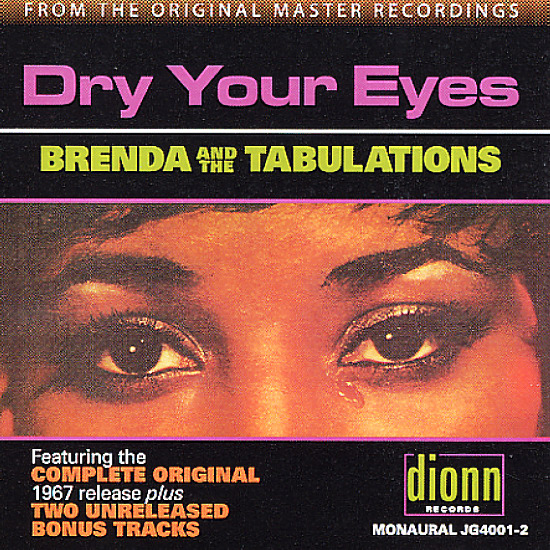 Incredible early work from Brenda & The Tabulations – one of the best male/female soul groups of their era, yet one that's often sadly overlooked! This album will more than display why the group are so great – as they have a unique quality that's soft and sweet, yet also deeply soulful at the same time – making full use of the lead vocals of Brenda Payton, but supporting them with some rich male harmony backings from the rest of the Tabulations. And although the one gal, three guy format is one used by Ruby & The Romantics and Gladys Knight & The Pips, Brenda's take on the format is quite different – more like female soul outright, with some guy soul touches – and often done in a heartbreaking east coast harmony mode! Titles include the group's big early hit "Dry Your Eyes", plus other good originals like "The Wash", "Just Once in a Lifetime", and "Hey Boy". Also with "Stay Together Young Lovers", and "Who's Lovin You" – plus a wonderful remake of "God Only Knows".  © 1996-2020, Dusty Groove, Inc.
(Stereo pressing – a nice copy!)