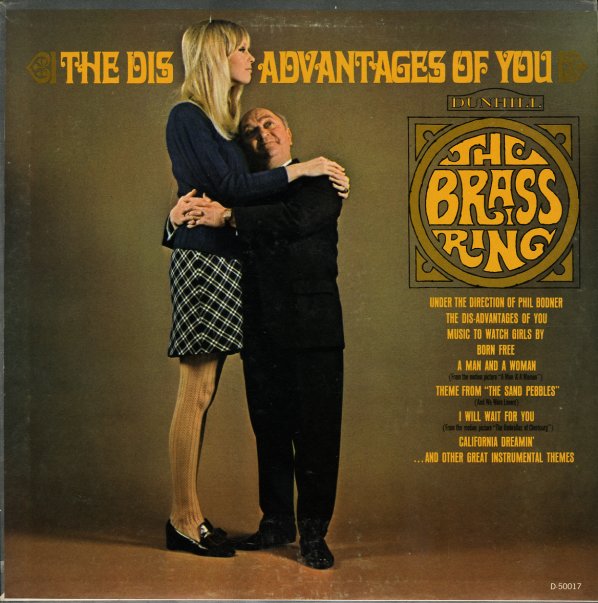 A real gem from The Brass Ring – and an album that has a goofy cover designed to recall the famous TV commercial that used the title hit! The record itself is a work of pure genius – tightly compressed easy instrumentals, all in that unique Brass Ring mode – a sound that's sweetly stepping, slightly Latin, and peppered with great sax parts on top of slinky organ lines! The groove is much more stripped-down than other material of its type at the time, with sax in the lead, and small combo rhythms that really sound great – almost a distillation of all the best 60s influences from bossa Brazil and A&M. Tracks are wonderful too – and titles include "Music To Watch Girls By", "The Dis-Advantages Of You", "I Will Wait For You", "The Dating Game", and "A Man & A Woman". All this, and a wonderful cover of a short old guy with a tall sexy blonde!  © 1996-2021, Dusty Groove, Inc.
(Stereo pressing. Cover has some ring and edge wear, price sticker remnants, and some splitting in the bottom seam.)